Hindsight 2020: A Look at Potential Impacts of the IMO Global Sulfur Cap

In 1919, people expected the year 2020 to be filled with high-speed trains, flying cars and seemingly utopic metropolitan areas. At the time, Prohibition advocates were fixated on banning the alcoholic content in beverages in an effort to improve what they viewed as a growing public health epidemic, while usage of fossil fuels perpetually increased in the name of innovation.

However, a century later, people are abundantly consuming alcohol, the world is still without flying cars and is instead left facing a much harsher reality – climate change. In a valiant attempt to tackle this new beast, governments and organizations are focused on banning the sulfuric content in fuel to combat the perceived declines in public and environmental health associated with climate change.

When it comes to life’s expectations versus reality, as the saying goes, hindsight is 20/20.

If we want to avoid the mistakes of the past, we should circumvent future assumptions, stay inquisitive and continue to ask ourselves the 5 W’s and the H (who, what, when, where, why and how.)

The maritime community is facing a precarious blind spot as it approaches January 1st, 2020 – the date on which the International Maritime Organization (IMO) will begin its enforcement of lowered sulfur limits on “bunker” fuel for vessels. The new global limit will decrease the current maximum limit of 3.5% down to 0.5% sulfur content. 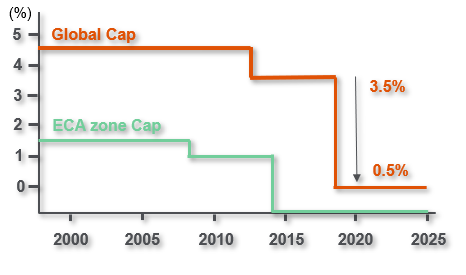 In addition to the global sulfur cap, designated Emissions Control Areas (ECAs) in North America and Europe will begin enforcing an even lower limit of 0.1%. Other areas, such as China, are expected to receive the ECA designation after the new cap has been implemented. 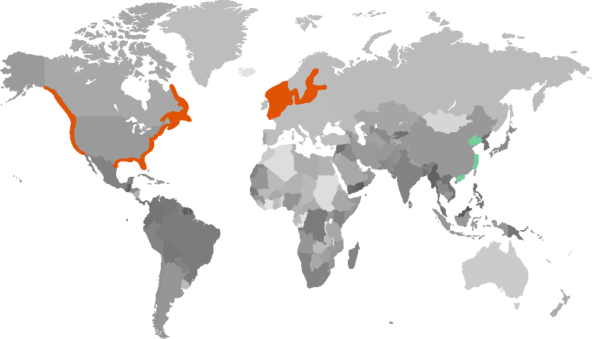 Why? – The rising environmental and health concerns of ‘bunker oil’

‘Bunker oil’ is the lifeblood of global shipping fleets but is also a significant contributor to sulfur oxide (SO) emissions. The IMO recognizes sulfur oxide emissions as detrimental to human health, as it is one of the many contributing factors of increased respiratory issues on a global scale. Experts also surmise that SO emissions are a leading cause of heightened acidity levels in rain, which can result in crop failure and ocean acidification, harming the environment and global food production.

How #1 – Carriers’ options for compliant fuel

Vessel owners have a number of options for compliance, but each solution has its own tradeoff.

Option 1: Carriers can switch to liquified natural gas (LNG), which is a cleaner, lower pollutant, but is also a more expensive alternative to bunker fuel. Unfortunately, global refueling infrastructure is limited, and the higher cost of fuel means this alternative has a high variable cost, which will lead to higher total costs compared to other solutions in the long term.

Option 2: Exhaust Gas Cleaning Systems (EGCS), often referred to as “emission scrubbers”, reduce the amount of SO emissions to be in line with IMO 2020 requirements. However, the resulting increase in fuel consumption, CO2 emissions, and water pollution can prove costly.  Additionally, not all vessels can be retrofitted with the technology, so while emission scrubbers can be a suitable bridging technology at present, the long-term sustainability of the approach is questionable.

Option 3: Alternatively, vessel owners can make the switch over to low sulfur compliant fuels. Variable and fixed cost calculations make this alternative the clear winner, but global sources are limited, and the costs are still higher than existing bunker fuel (although costs are expected to decline as more infrastructure and sources are developed).

How #2 – (How) do I calculate the Low Sulfur Surcharge (LSS)

Each carrier has individually developed their own low sulfur surcharges (LSS) to recoup the costs of fuel compliance, which is generally priced by a calculation that incorporates the cost of fuel (per ton), as well as a ‘trade factor’, established using the average fuel consumption of each specified trade lane.

Carriers already started the conversation surrounding these new fuel surcharges with BCOs (beneficial cargo owners) and NVOCCs, in coordination with the onset of the 2019-2020 contract season.

Carriers have had a roughly 50% success rate when enacting fuel increases in the past. To avoid further failure or risking a Hanjin-style bankruptcy, many are exploring other means of mitigating operating expense increases.

Historically, operators often run vessels at slower rates of speed to conserve in the face of fuel price fluctuations, much to the chagrin of shippers tasked with managing the longer ocean transits as a result. Carriers then seek to mitigate and control the lost time (at least on paper) by emphasizing the transshipment of containers at central ports, creating a hub-and-spoke logistics network of feeder vessels traveling to and from these larger ports more frequently.

However, the reality is that this wreaks utter chaos on sailing schedules. Internal evaluation of our own data suggests that Shanghai transshipments average 3-4 days more than the posted averages from carriers, primarily due to mother vessel delays and delays in feeder service, with outliers even suffering through weeks of dwell time.

While these options seem like the worst-case scenario, research comparing the fluctuation of bunker fuel prices to the potential for transshipment suggests that carriers have and will use transshipments as a tool to cut operational expenses.

Has our country learned a thing or two about planning since 1920s Prohibition? Who knows. What we do know is that the 104 years of experience we have under our belts has prepared Shapiro to be in the business of adapting to today’s changing world.

Shippers best positioned to absorb the blow of the IMO 2020 changes will be those who work most closely with their supply chain partners to select the best routings, understand how to adequately mitigate the risk of transshipments, and to proactively review routings from feeder ports to assist in predicting the impact of lengthier delays.

If you need assistance navigating the choppy waters of low sulfur fuel, contact our marketing experts today and remember… We Deliver. Problem Solved.