Fun Facts You Did Not Know About Importing 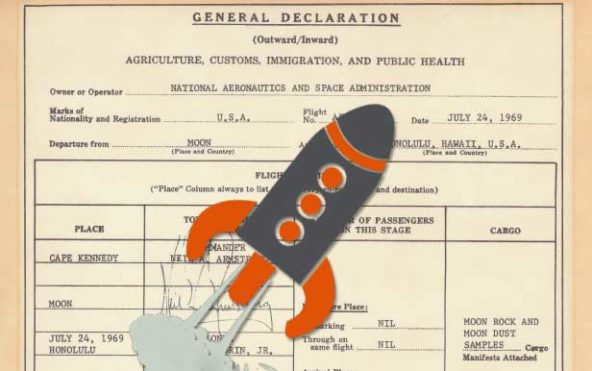 We'd go to the moon and back for our customers.

After three decades providing Customs brokerage services, I’ve come across some strange shipments (at my first employer, we had regular shipments of sand to Saudi Arabia) and stranger people, but that’s for another day. In this blog, I’d like to share some of the more fascinating and odd facts of our import world.

Did you know there is no Chapter 77 in the Harmonized Tariff Schedule (HTS)? Really, take a look. It’s not there. This is one of the most interesting parts of the HTS – the part that is missing! The developers of the HTS brilliantly left an open chapter in the event that somewhere in our universe there is a substance that cannot be covered in any other chapter. Chapter 77 happens to fall in the metals section as this yet to be discovered product may likely be a metal. So one day when this new substance is found below the ocean floor, deep inside a remote mountain range, or even from outer space, it will have a home in the Harmonized Tariff Schedule.

Speaking of outer space, did you know that the Apollo 11 crew had to file a Customs declaration when they returned from the moon? The form is currently known as a Form 7507 General Declaration Agriculture, Customs, Immigration and Public Health. The Apollo 11 form lists the flight routing as “Cape Kennedy, Moon, Honolulu.” That’s quite an itinerary! The cargo was declared as “moon rock and moon dust samples.”

Fortunately, no tariff classification is required for moon rocks. “Articles returned from space” are exempt from entry. Other exemptions include:

Our last strange but true factoid that we’ll throw out concerns switchblades. The importation of switchblades is against the law, but is allowed when in the possession of a person with only one arm.